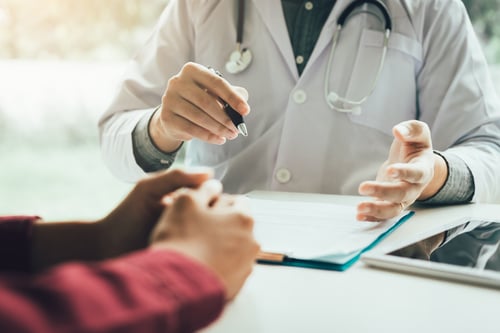 In 2018, 59 new medications earned FDA approval. Multigene pharmacogenomics (PGx) panels can safely prescribe three of these new drugs to prevent unnecessary toxicities and drug-genome interactions. A decade ago, few healthcare providers or labs had even heard of PGx testing. It’s now decidedly mainstream, offering improved healthcare outcomes and potentially even saving lives. Testing for these three new drug-genome interactions is a critical component of quality healthcare. Here’s what you need to know about them.

More than 47,000 people died of opioid overdoses in 2017 alone. Despite this abuse and overdose epidemic, symptoms of withdrawal keep many addicts using potentially lethal drugs. Lofexidine has safely treated opioid withdrawal for decades. Metabolism of this drug is highly variable, however, with some patients absorbing significantly more lofexidine than others. CYP2D6 is the primary drug metabolizer, and so CYP2D6 testing can help guide dosages.

Although, Lofexine has not been systematically evaluated in poor CYP2D6 metabolizers, but FDA guidelines suggest the response may be similar to that of people taking strong CYP2D6 inhibitors—an increase in drug exposure of 28 percent. Guidelines for with CYP2D6 poor metabolizers advise monitoring for symptoms of orthostasis and bradycardia.

The new antimalarial drug tafenoquine can radically cure malaria in infected patients. It may also be used prophylactically. While generally safe, the drug can trigger hemolysis in patients with low G6PD activity. Research generally indicates that tafenoquine is only safe for those with G6PD activity greater than 70 percent of the local population median. Clinical trials for the drug excluded patients with G6PD activity of less than 70 percent of the local median population.

Per FDA label recommendations, G6PD testing must be performed before prescribing tafenoquine. This drug is contraindicated in patients with G6PD deficiency or of unknown G6PD status.

Lambert-Eaton myasthenic syndrome (LEMS) is an autoimmune disease that causes the immune system to attack calcium channels on nerve endings. This inhibits the release of acetylcholine, leading to muscle weakness. LEMS is often associated with an underlying disease process, often small-cell lung cancer. Amifampridine has been used on an off- label or compassionate-use basis for treatment of LEMS for at least two decades, but only gained FDA approval in 2018. Research finds that toxicity and other adverse reactions are more common in N-acetyltransferase 2 (NAT2)-poor metabolizers (also called slow acetylators).. So prescribing guidelines recommend starting with a 15-milligram daily dose, rather than the usual recommendation of 15 to 30 milligrams taken in three to four divided doses.

TSI is leading the way to better and more comprehensive PGx testing. Our team doesn’t just understand the pharmacogenomic evidence; we participate in establishing the standards for efficient implementation of PGx programs. We make it possible for healthcare systems, labs, clinicians, and others to easily incorporate PGx testing into existing systems. Rather than endlessly scouring PGx data, you can instead rely on our system, which updates data and recommendations as new findings emerge.

PGx is the future of healthcare. Most patients carry at least one genetic variant for which actionable PGx data is already available. As research accelerates, the number of identified drug-genome interactions will only increase. This presents a powerful opportunity to improve healthcare outcomes, reduce side effects, and even improve drug compliance. TSI can help you implement a genetic testing program that is safe, reliable, and built upon actionable, sound data.

A Summary of the Latest CPIC 2019 Conference

Our Recap of this Year's PMWC